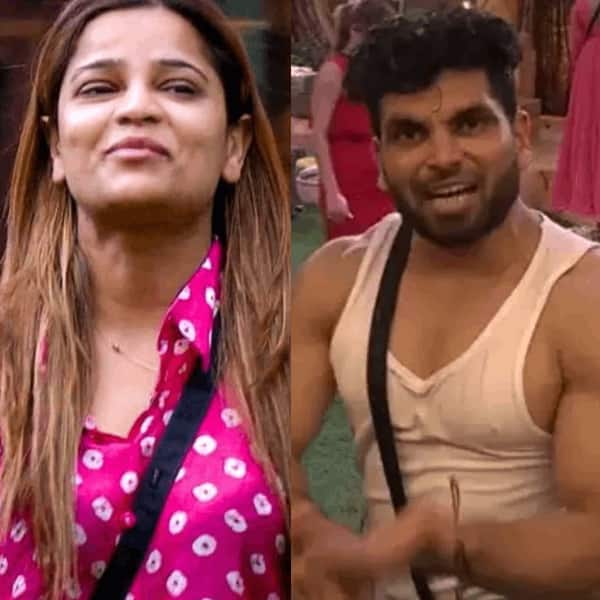 Bigg Boss 16 is grabbing all the attention for all the fights and dramas that are unfolding inside the controversial house. Within a few weeks, the show has become one of the most talked about shows as the contestants are fighting left, right and centre. The recent fight that has grabbed everyone’s attention is that of Archana Gautam and Shiv Thakare. As per the reports doing the rounds of the internet, Archana has been eliminated from the show as she got into a physical fight with Shiv. Here’s what transpired.

Entertainment News: Why did Archana Gautam get eliminated?

If an update by Bigg Boss Tak is to go by, it all starts with Archana commenting on his bond with Soundarya Sharma. She will make some inappropriate remarks that will leave him furious. He will them give it back to her and in return make some comments too. Archana Gautam will get all angry and rather charge at him. As the fight turns physical, Archana Gautam will injure Shiv Thakare. He will be left with bruises on the neck and then he will demand her elimination.

Bigg Boss will then leave the matter in the hands of Shiv Thakare and ask him to decide whether Archana Gautam should stay in the house or not. She pleads as she wants to stay saying that it was her parents who wanted to see her in Bigg Boss. But Shiv Thakare will decide to punish her. She will then be eliminated from the house.

Check out the tweets below:

Archana made inappropriate & malicious comments against Shiv related to Soundarya. The fight turn ugly when archana did physical violence & which left bruises on Shiv neck.

Archana pleaded saying that she doesn’t want to go home and it’s her parents wish to see her in Bigg Boss but Shiv had already made up his mind.

Bigg Boss announced that Archana is being expelled from the house for violating the most important rule of the house.

There is a strong possibility that Archana Gautam will return to Bigg Boss 16. Will she or will she not? Only time will tell.

Shamita Shetty feels Rakhi Sawant deserves to be in the house