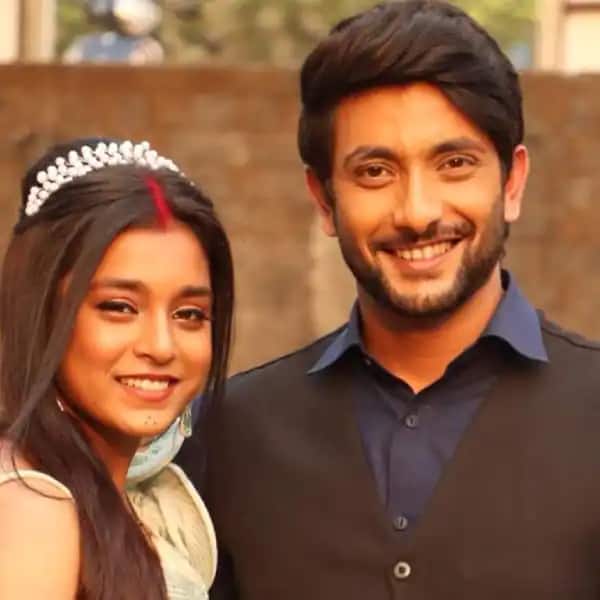 Imlie fame Sumbul Touqeer did a live chat with her fans on Instagram and she spoke her heart out with them. Fans immensely miss her as Imlie in the show and they aren’t very happy with the leap. While they cannot get over her chemistry with Fahmaan Khan who took the TRP at the peak after Gashmeer Mahajan’s exit from the show. Not only their onscreen chemistry but even their offscreen camaraderie grab a lot of eyeballs and there has been a lot of speculation if they are dating. But Sumbul clarified that they are good friends and even called him a problematic boyfriend in a jest. Also Read – TRP report week 38: Anupamaa reigns, Ghum Hai Kisikey Pyaar Meiin follows; Sumbul Touqeer-Fahmaan’s absence finally hits Imlie

While Sumbul was doing a live chat with fans on her Instagram she was asked to make Fahmaan join, but she refused and said, “He is in Goa let him chill”. Later even jokingly she said that if they want to talk to him, he has his own account. Sumbul also revealed the reason why Fahmaan was missing from Ravivaar With Star Parivaar when asked, she said he was down with Dengue and hence couldn’t be a part of the show but they definitely missed him. Also Read – Trending TV News Today: Ghum Hai Kisikey Pyaar Meiin couple Aishwarya Sharma-Neil Bhatt’s baby plans, Indian Idol 13 gets flak from fans and more

Sumbul Touqeer is one of the confirmed contestants in Bigg Boss 16 and Fahmaan Khan is her biggest cheerleader who is sure she will create fireworks in the show. Sumbul is one of the young contestant in Salman Khan show and fans definitely cannot wait to know her more through this reality show. While her fans in the live chat didn’t directly question her about she taking part in the Bigg Boss show, but asked her to forget to do the victory dance as they are damn sure that she is going to win the show. Sumbul chose not to react as she is maintaining the curiosity level high. Also Read – Bigg Boss 16: Fahmaan Khan wishes Imlie co-star Sumbul Touqeer for Salman Khan show; ‘Aag hai tu’

Pratik Sehajpal opens up on his equation with Karan Kundrra; says, ‘I don’t have anything against him’ [Watch Exclusive Video]

Bigg Boss 16 contestants ‘stooping too low’ on national TV? This is what Bigg Boss 15 housemate Rajiv Adatia has to say [Read Tweet]

After a slowdown in IPO activity post the September quarter, the end of Q3 saw an uptick, finds the recent