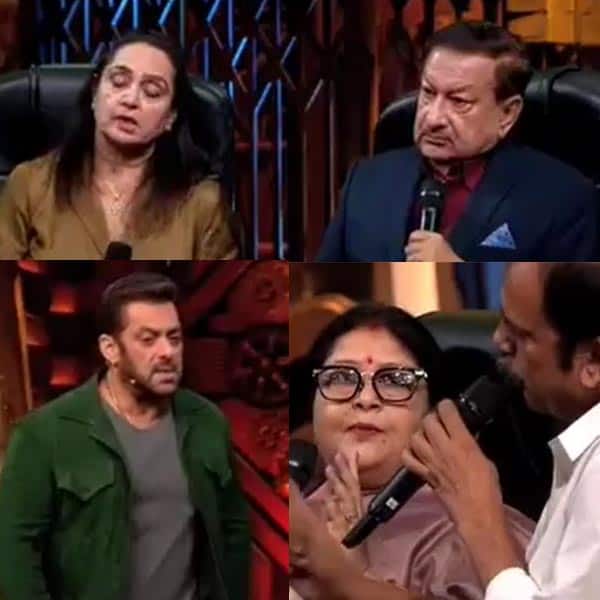 Bigg Boss 16 fans are waiting for the Weekend Ka Vaar with Salman Khan. This time we have the parents of Sumbul Touqeer, Shalin Bhanot and Tina Datta. Manya fans have objected to this. They feel there is too much involvement of family in this season. Maybe this is a technique for more viewership for the channel. Others felt that they could have brought Rajiv Adatia, Devoleena Bhattacharjee, Paras Chhabra and others as panelists instead. They feel this will further colour opinions about the housemates in neutral audiences. OG Bigg Boss fans are trolling this as a Parent Teacher session. First take a look at the video below…. Also Read – Bigg Boss 16: Devoleena Bhattacharjee sides with Sumbul Touqeer and her father; calls show ‘Hell disgusting’

This promo has got mixed reactions from people. Salman Khan asks Hasan Touqeer if the illness was just a pretext. It seems he was admitted in a hospital due to high BP. This made her younger sister Saniya call up the channel. This is how the call was patched. When he got on call, he mentioned Shalin Bhanot and Tina Datta. This is how fans reacted to it. Also Read – Bigg Boss 16: MC Stan gets HUGE support as artistes from Badshah to Emiway Bantai urge fans to vote for him

We can see that fans are not amused. In fact, the past three Weekend Ka Vaar has been dedicated to these people. Some angrily said that the three should be eliminated together. Also Read – Bigg Boss 16 elimination: Soundarya Sharma, Ankit Gupta in danger zone for upcoming Weekend Ka Vaar for THIS reason?

Abans Holdings IPO to kick off on Dec 12

Will Dharmaj Crop Guard pull off a strong show at D-St debut?

Last month, the insurance regulator allowed private equity funds to invest directly into insurance companies, non-promoters to hold up to